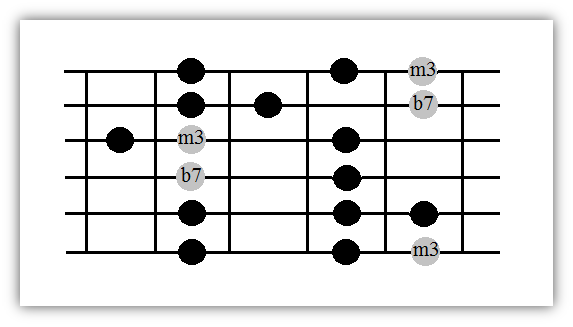 This is the first box shape for the A Japanese Pentatonic scale. You should note that it is actually the exact same scale as the A Natural Minor. The only difference is that the minor thirds and flat sevens have been removed (grey notes).

This means that you can use the A Japanese Pentatonic scale over a standard A minor progression!

So starting on the 5th fret play the black notes up and back down again.

Here is the second position. Play this on the second note of the previous position, the 7th fret. The tricky part with this position is the pinky finger roll you have to perform when crossing between the G and B strings. 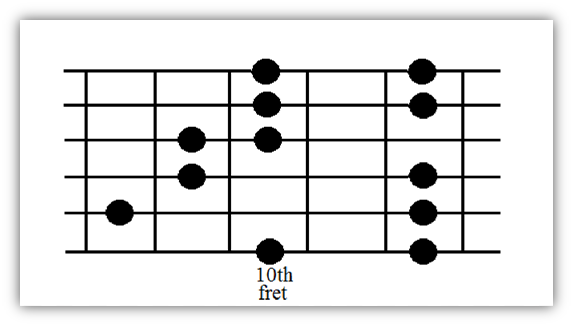 Carry on playing through the box positions. Begin this third shape on the second note of the second shape. Start with your second finger followed by the pinky to make the change to the A string easier. 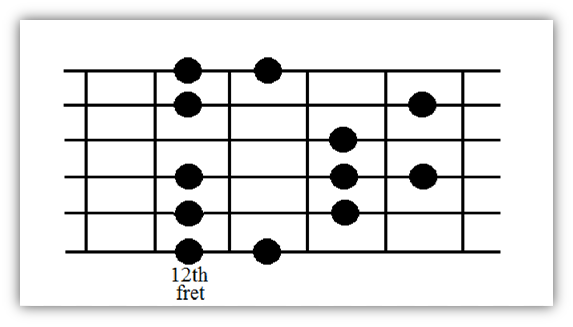 This second-to-last box position is otherwise known as the "In Sen" scale. Starting here on the E, the 12th fret, play this scale instead of E Phrygian for an instant exotic sound. 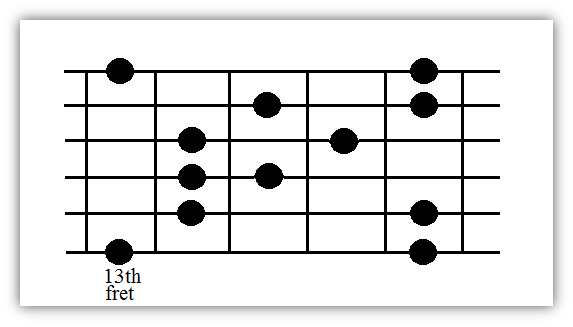 And this is the fifth and final box position for the A Japanese Pentatonic scale. Now let's step it up a notch with some diagonal picking patterns!

Starting back on the root note, the A (5th fret), we take the first two strings of the first box position and repeat the pair diagonally to slice right across three box positions. It's a great way to get around the neck and is an easy pattern to remember.

This next diagonal picking patterns begins where the second box position is. This one is a bit of a wide stretch but the pattern is interesting and covers 11 frets of space. This slices right across and up to the fifth position. And again we have a pattern on a string pair which is repeated and moved up diagonally. Easy to remember.

Here's that "In Sen" scale again. This pattern spans a big 11 frets like the previous and slices up to the top of the second box position of the next octave.

I hope you enjoyed this lesson.
Check out the video below to see and hear the patterns being demonstrated