As we know, the blues scale is a fundamental scale learned rather early on. Perhaps for this reason, it is widely thought of as a beginner's tool. This is not the case! Not only can the blues scale be used to create some of the most slick/emotional blues solos, it can also be visualised and played as a 3nps scale. This allows for further sequencing opportunities, huge fretboard coverage and opens up a whole new world of wild, flashy and wide-interval legato/ tapping licks (if that's your thing).

All examples given in A minor except where stated. The blue notes show the second way to play the idea.

Have a go at these two examples that move around between positions: 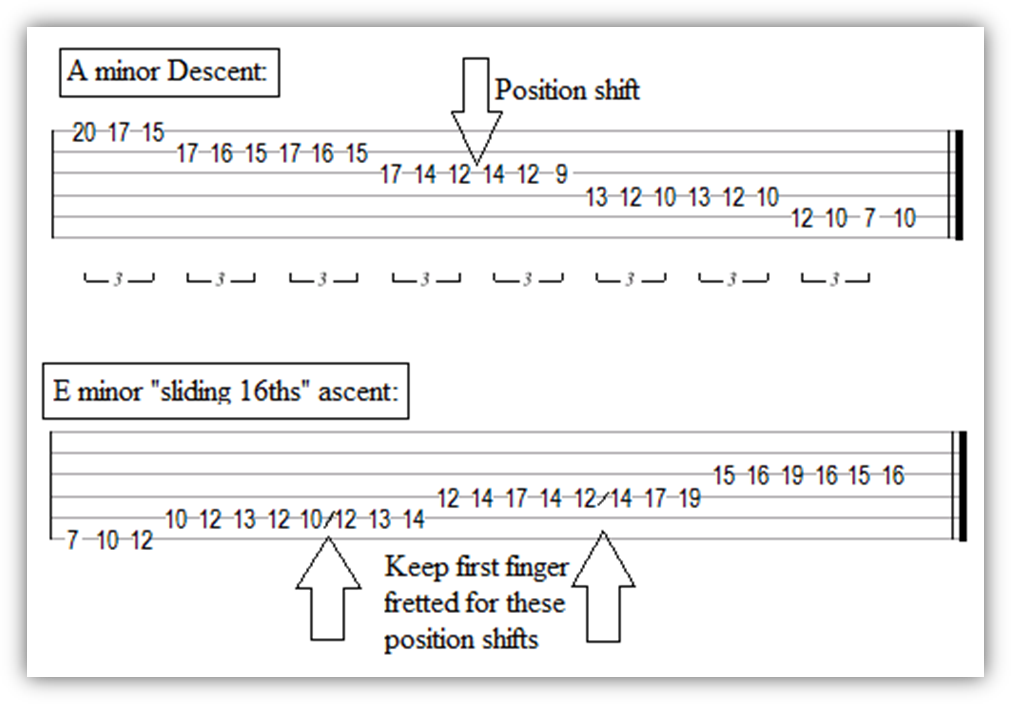 Warning: It's probably unwise to practice these wide stretches every day or even every second day. Listen to your fretting hand. If it starts to get sore then have a break!