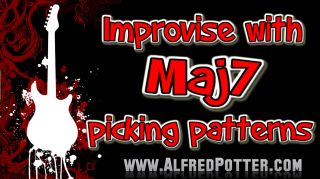 Here I have arranged the notes of a Cmaj7 chord into some seriously handy scale-like shapes. Pick through these, work them into your own soloing and get ready to jam with a whole new sound.

While using every note in any given scale is surely effective, by choosing and limiting which notes you play you can discover a whole new realm of sounds, licks and opportunities.

And so the idea I present today is how you can arrange the notes of a Cmaj7 chord/arpeggio (B, C, E & G) into playable scale-like shapes. Use the following shapes in the key of C Major (AKA A Minor):

Work these ideas into your own style. Blend them with your current favourite licks. Enjoy utilising the fresh sound that is the major 7 arpeggio.

To see and hear these shapes in action (+ a music theory breakdown) check out my video lesson below! 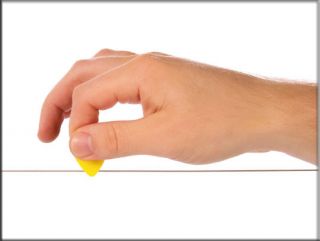 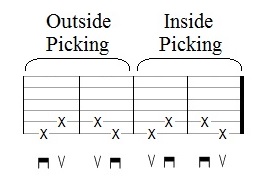 In this short study I’ve prepared probably one of the most useful legato exercises I can think of, some technique pointers to keep in mind, and a long run for you to work on.